- The MOVIES category covers 4 films that belong more to the Cinema field, and develop their subjects in a longer and deeper way, which also reflects in their format: from 55 to 176 minutes

- The VIDEOS category groups films that belong more to the Art field, and last from less than 2 minutes to about 30 minutes.

All the films can be fully watched online, except Un Don de plus of which only the trailer can be watched. 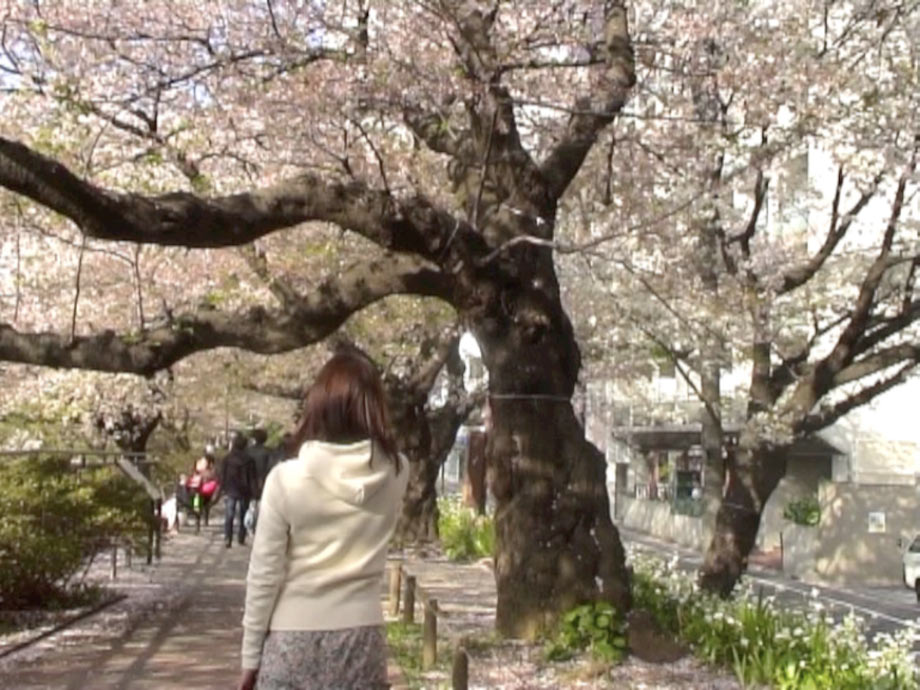 Anata, arigato, which in the very basic Japanese I was speaking at that time means You, thank you, additionally to being a sort of poetic documentary about Tokyo, is also a movie about something like the "event": meaning, this alterity, that through the course of time, happens, announces its own existence, redefines the present. 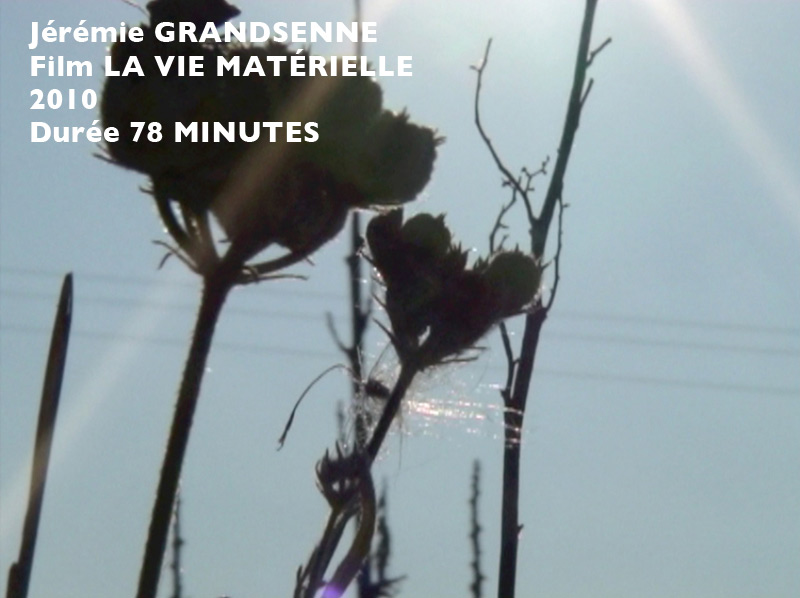 I think that La Vie Matérielle (The Material Life) is a movie about a certain failure of understanding, or separation, between men and women — not an absolute separation, but at certain unspeakable point, a definitive one —, and about the possibility, for understanding, to sometimes incarnate itself, by some kind of miracle, through sexuality. 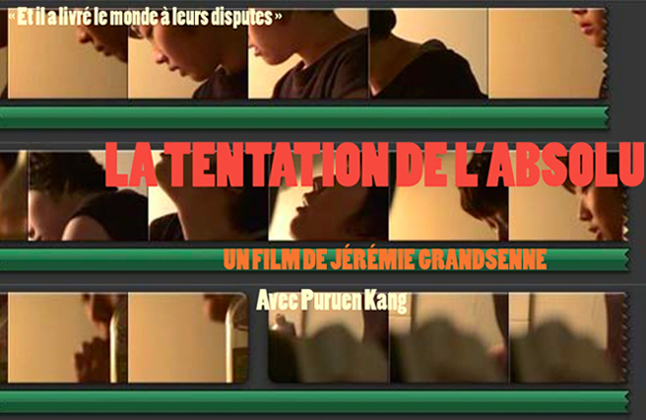 La Tentation de l'absolu (Temptation of the Absolute)
2012, 108'
After the Bible's Ecclesiastes
French only
With Puruen Kang

In the title of this movie, it is important not to hear Tentative in French or Attempt in English, that would mean the quest for something hard to reach, but precisely Tentation or Temptation, meaning the attraction for something dangerous or bad. Temptation of the Absolute expresses the fight between the love for the alive and for beings, for the persons, for instants, for that wonderful terrestrial life, and the foreseeable death of any object of love — except one dictated by eternity. This aporia leads to despair, and to the quest for an answer to this despair, either through loving what will die, and accepting that it will die, either through a temptation for the absolute, for loving only what won't die, but doesn't belong to our human life. 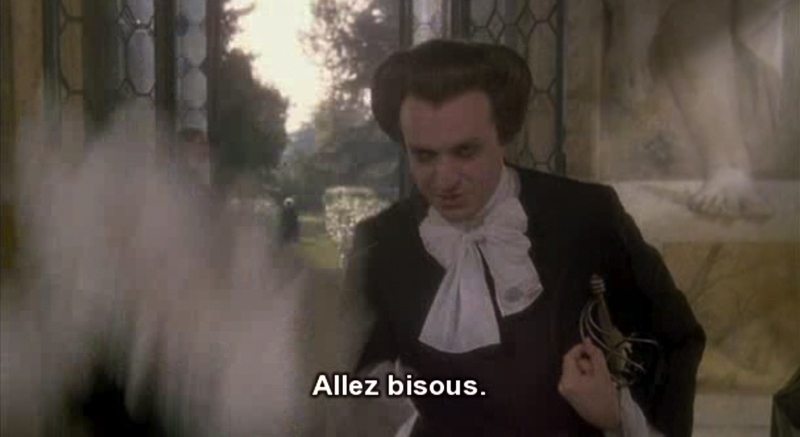 In 1979, Joseph Losey directed a musical movie version of Mozart's Don Giovanni, with the original music and libretto.
Without altering neither the music nor images, I took Losey's movie and changed all of the subtitles, fully rewriting one more Don, following my good will, what makes me laugh, what makes me cry, what makes me fight.

A dance video in correspondance with François Couperin and Marcelle Meyer

I danced.
Then I very slightly accelerated the video's speed.
Then I thought music would be nice.
Then I thought of François Couperin pieces played by Marcelle Meyer.
Then I quickly listened to a couple of pieces.
"Not this one". "Not this one".
Then I started listening to the one called Les Fauvètes furtives﻿.
I thought it could work. I imported it in the editing software. I did nothing else.
It worked. 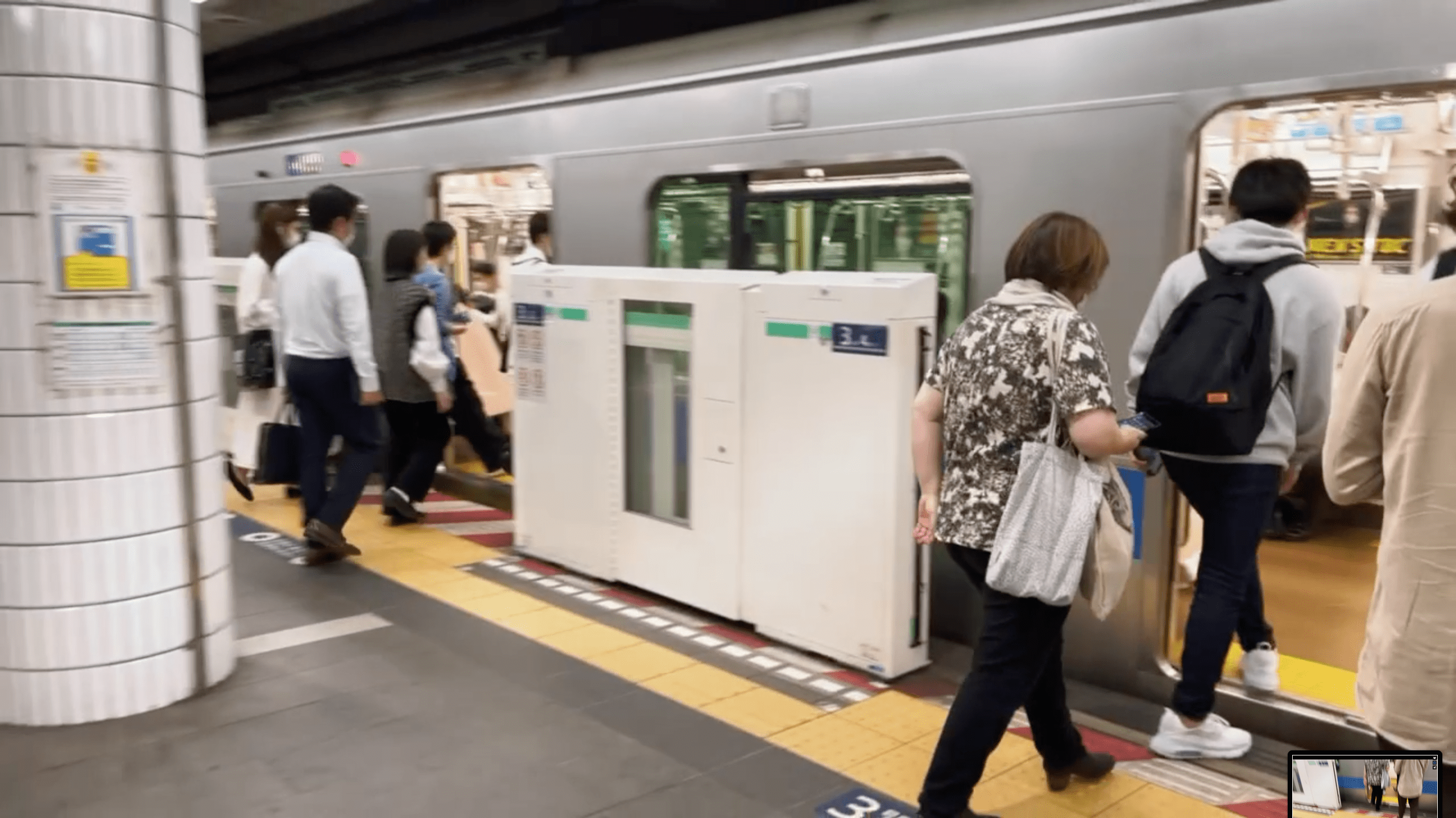 People dancing back to the past, many of their moves magically resonating with the lyrics of the song.

Without altering the images, I reused the 19 first minutes of Susumu Hani's beautiful movie Nanami Inferno of first love (1968), of which I changed the subtitles.
This story of two Japanese teenagers' first moment together in a love hotel during the 60's, also becomes a dialogue about life, social constructs, the ways of happiness and the passage of the ephemeral. 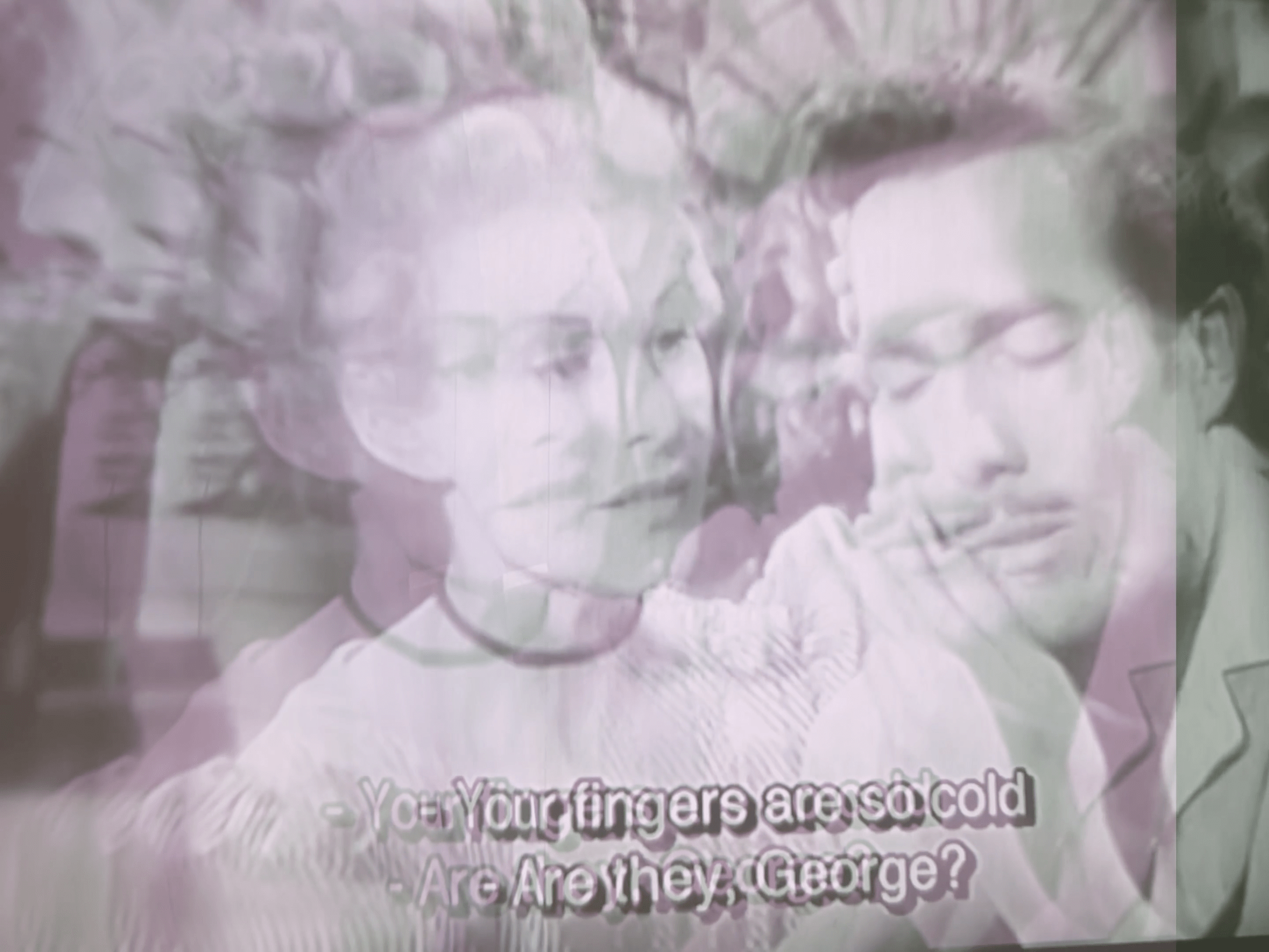 — Why do you tell me this?
— Because your name is Celestine, and your hair is gold. 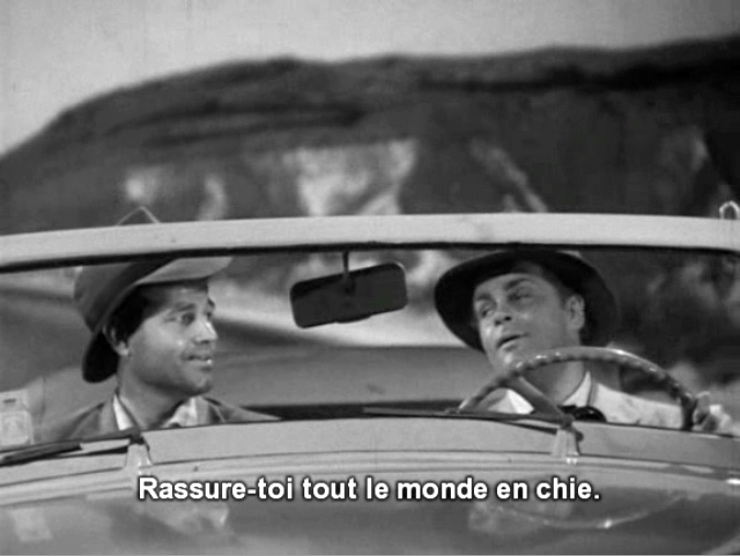 Le silence des plaines habitées (In Silent Inhabited Plains) uses public domain extracts from the movies Detour by Edgard G. Ulmer and The Snows of the Kilimandjaro by Henry King, of which I muted the sound, and rewrote the subtitles my own taste: mankind, daydream, universal truth, sex, death, rain and birds. 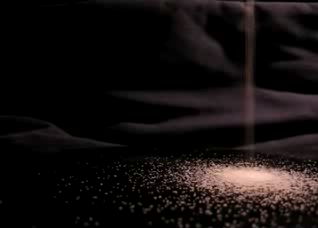 A movie about time, and about the present that comes after what was. 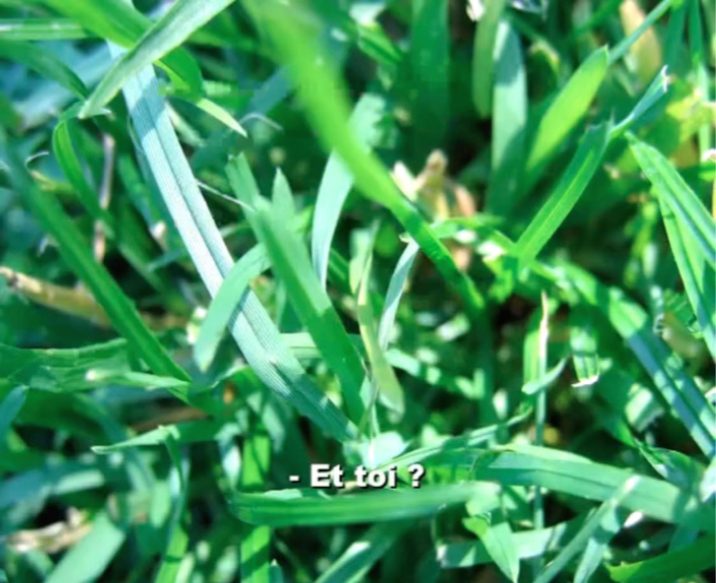 A movie about what hasn't happened yet. 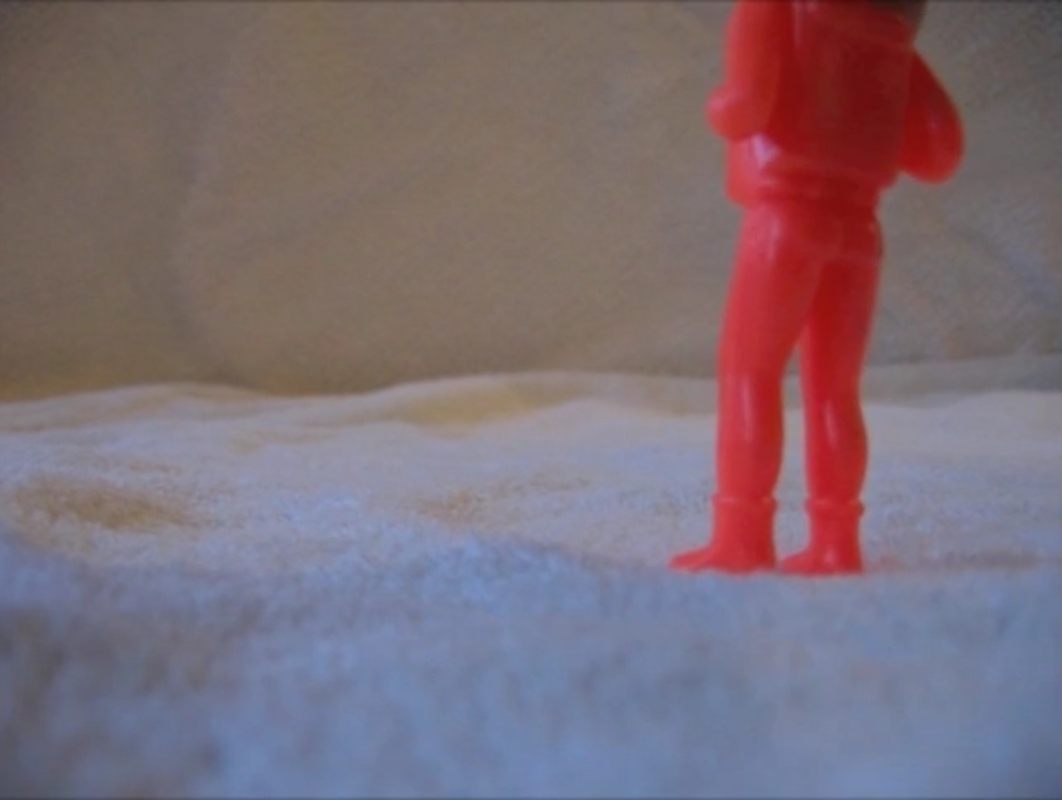 Young plastic figure Patrizio on his journey of life.

After an era-defining French song from the late 80’s, about leaving the dead place you can’t live in anymore to reach greener valleys, leaving the loved one that wants you to stay — and about having fun singing, and playing with movies and sounds. 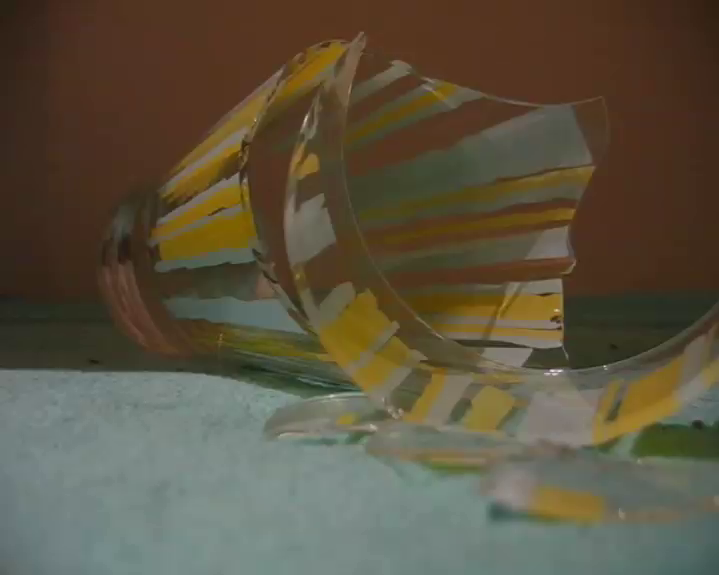 Will we be happy? 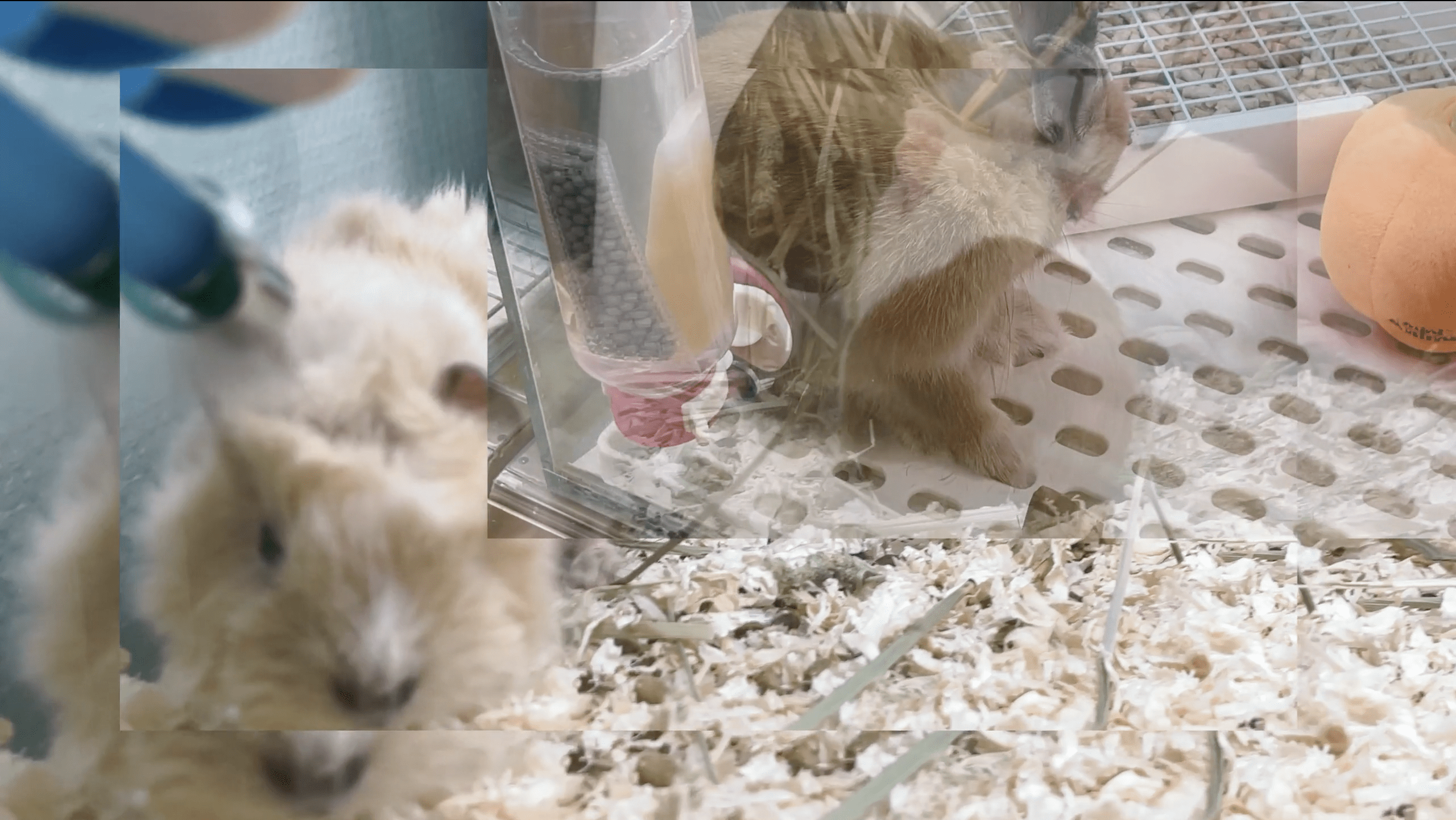 After a song by my darlings, featuring cute animals dancing to the rhythm of a love coming from the past, a time you’re still locked in like these furry things are in their small space for humans' pleasure.

The Planet of Men
Project type

A reverie of earth and the twentieth century.